I’ve longed for this blog to be a place to give other voices that catch my attention to speak. I’m excited to introduce you to a new voice to this site. Jamie Escareño is a resident of San Antonio and a veteran of the United States Air Force. She’s also mom to Jante’, David, Nayeli, and Mireya.  .:reylo:.

I used to be someone who didn’t get white privilege. I knew there was lots of racism, but I wasn’t overtly or at least consciously racist. I held and acted on anti-racist values. I am a decent human being who cares about all people but didn’t understand privilege. Just as many of you don’t understand racial or gender-based privilege.

I thought — I’m a woman who’s had many men lord over me. I was born into poverty, into a lack of education, into abuse, into mental illness, into disfunction. I clawed my way to where I am. I worked my ass off!

How could I be perceived as having privilege?

It actually took my life completely changing, being broken down, and an evaluation of why I thought and believed the things I felt about myself, my beliefs, and dysfunctions.

It took digging into understanding what intersectional feminism meant…for me to make that logic connect.

It took humility and willingness to accept that I didn’t know it all, and just because it wasn’t my story didn’t mean it wasn’t true. It took some people, generous with their emotion and willingness, to break it down.

They showed me, among other things, it was NOT about me, not about my perceived moral values, not about what I thought or experienced.

Instead, it’s insidious and systemic.

Instead, I had to choose to purposefully LISTEN and BELIEVE the people who were experiencing it. Because again, it’s NOT about ME.

And unless that’s your life experience – it’s not about you.

Images below by Courtney Ahn. Check her out at courtneyahndesign.com. 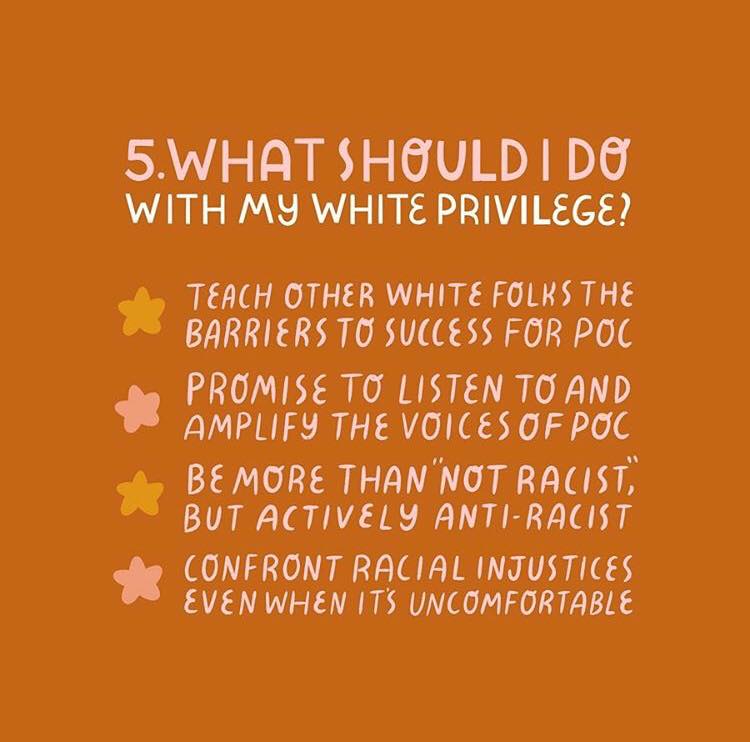