I’ve been thinking a lot today about what International Women’s Day means for me as a man. About halfway through a day of scanning social media feeds and articles that spoke of the day in broad terms, I realized the only way I would connect with the day would be on a personal level. That’s when I realized what it’s all about.

My daughter, Elena, is a dynamo of a young lady. She’s working as a musician in a number of projects, most recently as elnuh and Baby Bangs. As she answers her calling as an artist, 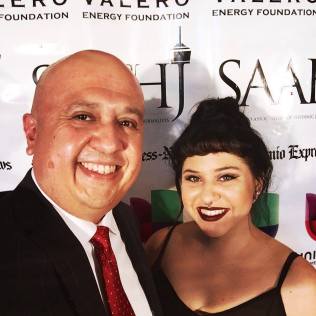 she’s venturing into a tough business that, in spite of the fact that it’s 2017, is still largely a “man’s world.”

No matter how much we progress as a society, it seems we can never quite get over the gender gap. I’ve personally witnessed it as Elena – and other women artists – attempt to make their way in our local music scene. But I’ve seen it happen in other areas of our society from the subtle side comments about women to the overt expressions of inequality in the workplace and beyond.

No doubt, Elena will face a number of challenges as she continues to move forward in her musical career. If I were sitting with her right now, I’d encourage her to use the tools she has within herself to face her challenges head on.

To start, she has the example of some great women in her life: her mother, Jennifer, and her grandmothers, Hope and Brenda, not to mention other significant women who have poured into her through the years; women like Shawn Richard, Brenda Boyd, and Jenifer Covington.

We raised Elena to be a woman of faith and I trust that foundation will keep her grounded in the years ahead. Whether she realizes it or not, this is the driving force that enables her to overcome, move forward, and keep grinding.

Elena has faced more upheaval than most, in her soon to be 20 years. Much of it is at the hands of people she should have been able to trust over anyone else. But, she has stood and faced those storms with strength and resiliency.

That isn’t to say she hasn’t had moments of vulnerability and pain. Even in the most trying moments, she has not given up nor has she given in. She inspires and challenges me to be the best version of myself. If that’s not a sign of a great woman, I don’t know what is.

So on this International Women’s Day, I honor the woman who will always be my baby girl, Elena Lopez. Keep pressing on, sweetheart. The world is yours!

except where noted, photos ©thisisreylo