With all this talk about building walls, it got me to thinking about the walls I build in my own life without realizing it. I’m talking about the kinds of walls that kind of crept up between me and the people around me. I built mine slowly, brick by brick, until I was surrounded mostly by others who thought like me, talked like me, and got excited about the same things that excite me. It was in the middle of pondering all of this that I got a text from an old friend.

It seems like every time I engage with my friend Corey, I gain a dozen ideas for something to write. Both of us, you see, used to serve on the staff of the same church in San Antonio. We each left under different circumstances, but we’re both discovering there is life after serving on a church staff. (Imagine that!)

One of the many issues we talked about was what our social life is like now that the majority of our week is not wrapped up in church activity. This had a huge affect on my social circle. My tribe is quite different now and diverse in every way imaginable. It’s also not tied into one particular church organization, but is more connected to where life is happening. I like the way Corey put it: 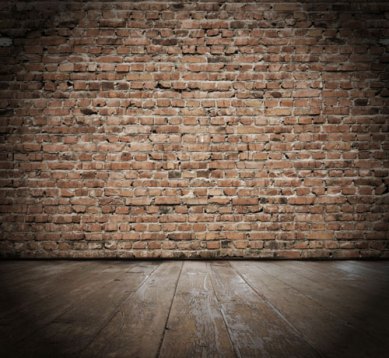 “I didn’t realize how closed off I was to those outside a church or the Christian cultural bubble.”

As we talked, we realized that in spite of the welcoming nature of our church and a lot of other churches, we had allowed ourselves to become insulated from a good part of the “outside” world. I began to wonder if this was just a natural function of where we worked. I don’t think so.

I was thinking back to when I worked for a large financial services company here in San Antonio. Even then, most of my relationships at the time were at my church. In fact, most of my social life has revolved around the activity of the church I was attending or working for. This wasn’t intentional. At least I don’t think it was. It just…happened.

The problem with my life revolving mostly around other people who believed as I did is that it became difficult for me to engage with those outside the bubble unless they began to make a move to join me in my sheltered environment. Unless someone eventually decided to be a part of my church “family,” they would mostly get my social leftovers. This makes me really sad when I consider the relationships I missed out on.

As Corey and I wrapped up our conversation we concluded that it was highly unlikely either of us would ever seek full-time employment in a church organization. The freedom of not depending on it for a living is not something either of us is quick to forfeit. For me, however, it’s not just about where I get my paycheck.

I’ve also come to appreciate the diversity of relationships and the richness of interacting with people who don’t see the world the way I do and likely never will. I guess you could say I’m too far down that road to want to turn back.

2 thoughts on “Tearing down walls”