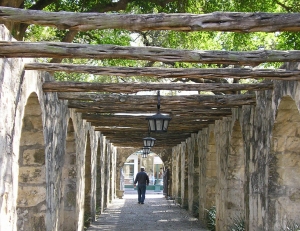 I was engaged in a conversation today. It was about being the kind of friend you want others to be to you. But, what if a person can’t be the kind of person they want to be. Maybe past hurts have damaged their ability to engage with others in a healthy way? What if they’ve identified their issues and are working tirelessly to overcome but they aren’t quite there yet?

Or perhaps they’ve made every effort to establish a healthy, active social network (not the digital kind…the one that happens when you do things like, you know, go out to dinner) but their efforts have at best gone unrequited or at worst rebuffed entirely. What’s to be done with that?

This makes me think of the oft-quoted words of author, philosopher and transcendentalist Henry Thoreau:

“The mass of men lead lives of quiet desperation. What is called resignation is confirmed desperation.”

That statement is as true today as it was when it was written 160 years ago, but why? In an age where we can talk with anyone in the world immediately for little to no cost, in a  time when we live in closer proximity than ever before, in a day when we can get anywhere in the world in a day or less, why are there still so many lonely people desperate to live in community with someone…anyone?

Author, speaker and pastor John Ortberg wrote a book some years back, “Everybody’s Normal Till You Get to Know Them.” The title pretty much says it all, but here’s an excerpt:

“Normal? Who’s normal? Not you, that’s for sure! No one you’ve ever met, either…the closer we get to each other, the plainer that is. Yet for all our quirks, sins, and jagged edges, we need each other. Community is more than just a word—it is one of our most fundamental requirements. So how do flawed, abnormal people such as ourselves master the forces that can drive us apart and come together in the life-changing relationships God designed us for?”

How can we turn away someone because we deem them odd or awkward or not normal when all of us are all of those things ourselves? We aren’t meant to live in isolation in the midst of our crowded streets and neighborhoods. This isn’t the way it’s supposed to be.

As I survey the landscape around me I see lonely, desperate people who want the simplest thing of all: a friend.