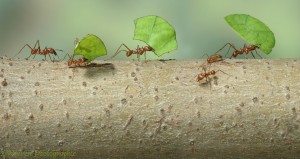 Each of the last two organizations I’ve worked with have used an employee survey developed by Gallup. The one question that generates the most controversy asks employees if they have a best friend at work. I don’t know that most people stumble at the word “friend” but they do seem to have trouble with the word “best.”

“While companies often pay significant attention to loyalty toward the organization, the best employers recognize that loyalty also exists among employees toward one another. All employees have ‘leaving moments’ when they examine whether to leave or stay at an organization. The best managers in the world observe that the quality and depth of employees’ relationships is a critical component of employee loyalty.”

I have my own question. What happens if you discover you have no friends in the workplace? If the definition of “friend” (i.e. a person attached to another by feelings of affection or personal regard) is held and such a relationship does not exist then what is the next step?

My wife isn’t particularly fond of the work she does, but I’ve observed she has friends. She has people who have “affection” and “personal regard” for her. I’m convinced that she would not have otherwise made it this long in her job if she did not. But, when efforts are made to extend friendship and they are rebuffed, what is left to be done?

Like ants marching, I’ve known so many people who go to work each day, sit at their desk, plug away at the “to do” list before them and leave when the workday is done. They have little to no significant interaction in a crowd of people among whom they feel loneliest.

My next question wonders if anyone notices?