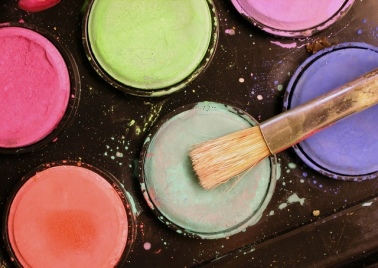 There is nothing more exciting for me than to be in the midst of creative environments. Whether it’s a creative meeting at my job, an art museum, the theater or Walt Disney World, creativity invigorates me. It’s the lens through which I view the world. One of the reasons I was initially drawn to my church is because of the high premium they place on creativity. That may seem a little odd because faith communities don’t typically have a reputation for being hallmarks of creativity. That’s a shame. It’s a shame because creativity is a powerful channel through which to reflect the image of God.

The very first sentence in the Bible states that God created. Later on in the same passage and in the context of God creating animals and plants and stars, the author writes that humans were created in God’s image.

Given the context in which the account of the creation of humankind is given, there is some part of the creative nature of God that is embedded within our DNA. And just like God ended each day of creation declaring what He had made “good”, it’s a good thing when we create because when we do we reflect at least one aspect of the image of God. That is a very, very good thing.

If everyone is created in God’s image and part of that involves having at least a tiny spark of creativity, then what would happen if we took a creative approach to every moment? What would it be like if creativity was not only limited to art, but to business, politics, science and education. Let’s take it a step further and apply creativity beyond our social institutions and get creative in our relationships, how we manage our homes and how we see the world in general.